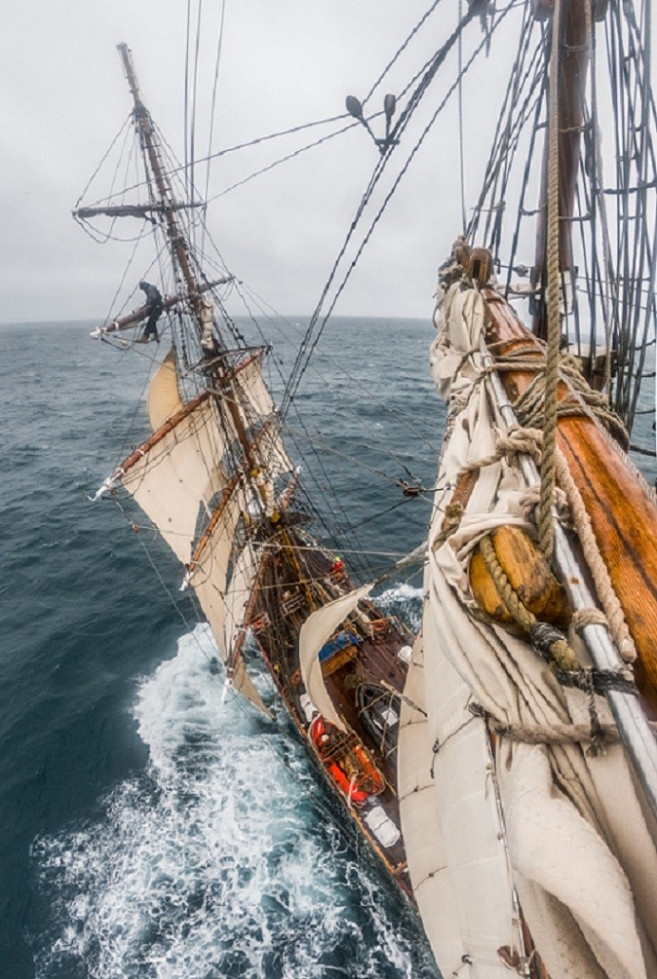 Calm if you are lucky, often temperamental, sometimes angry exploding in sudden and raging squalls. Always moody. The Scotia Sea, with a well earned reputation of stormy and cold waters. 17th Century sailors already ventured this passage which started to be renown about a hundred years later when the famed Captain Cook sailed his ship “Resolution” here in search of the elusive Southern Continent. Sailing several times to the high latitudes of the Southern Ocean he set foot, explored, charted and claimed South Georgia, but left unnamed the stretch of water between this island, Tierra del Fuego, the South Sandwich Islands, the South Orkneys and the Antarctic Peninsula.

It was during the Scottish National Antarctic Expedition under the command of William S. Bruce in 1902-04 when these untamed waters got their name, after their ship “Scotia”. A refitted sea-worthy Norwegian Bark that headed to the Weddell Sea with scientific and exploration goals. Their overwintering camp at the South Orkney Islands set the precedent for the first Antarctic permanent Station, still manned nowadays by Argentina.

Sure they fought too the changeable mood of those seas and their unpredictable temper. By way of illustration, a day such as the Europa braved today.

After a windy night, on a heavy sea, with the current against, between the frequent squalls of rain, snow and even hail, the wind can drop, leaving  the ship wallowing in the big swell. With the squares set to the Royals, Lower Staysails, Spanker and all headrig she made use of her engines to cover some ground on a good direction towards Antarctica, seeking for the wind ahead. And she found it. Increasing winds come with squalls with associated blows over 35kn. Soon the command to drop and furl Top Gallants and Royals is heard on deck. The Outer Jib follows. The blasts stabilise at about 25 to 30kn from the WNW. Braced Close-hauled on Starboard Tack, the Europa heels on the growing seas sailing at 5 to 6kn under reduced canvas and on a good course. But more changes were to come. Late in the evening the wind dies down once more announcing yet another change. And then, a sudden wind shift. From Northwesterly it quickly backs to Southerly increasing its Force. Time for bracing around and set a new course to the West.