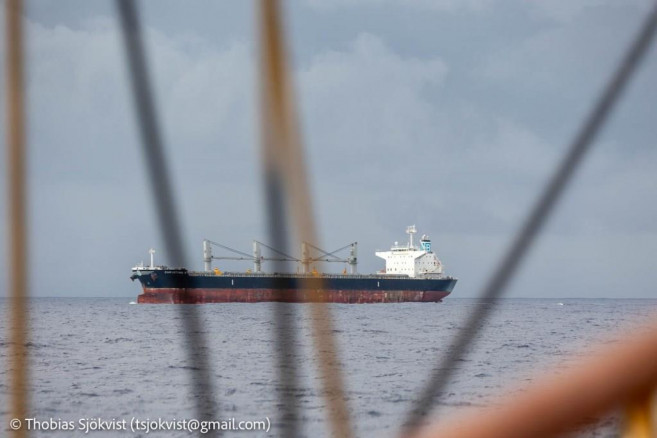 Since yesterday our course became more West-Northwest because our Tradewind was backing to NEbyN.
A bit of a disappointment but this morning it was veering back to NEbyE.

We can not complain about the strength of the wind because this is still between 3+ and 4+ Bfrt.

Temperatures don’t feel so tropical anymore on deck and that is reflecting on the dress-code on deck especially in the Night times.

Sailhandling wise we are still in terms of hoist or dowse Skys’ls, Flying jib and Gafftops’l every couple of hours.

Last night the movie Around Cape Horn with the Peking by Irving Johnson (1929) gave some extra sailing spirits in the Lounge.