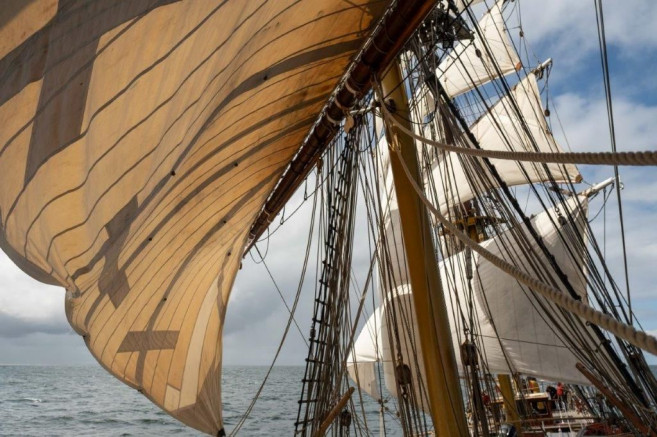 Earlier this month, Europa was sailing on the North Sea for two weeks with a voyage crew and the same number of permanent crew. For all fellow crew it were two weeks of enjoying good company and learning a lot about sailing on a traditional vessel like the Europa is. They also visited Stavanger in Norway last week!   On the 3th of August the Bark Europa was back in Harlingen, not for long this time! Friday the 6th of August the ship left the harbour with a new voyage crew for a last minute weekend on the North Sea with direction Scheveningen.

Soon Europa plans to depart for the Ocean Crossing with direction Montevideo. After that we plan to make several expeditions to Antarctica this winter.

The worldwide Covid situation still remains to be uncertain. We keep an eye on this situation and are trying to update our fellow voyage crew whenever something is changing. In the meanwhile, we have to be flexible. Or like we say in dutch: 'Het blijft schipperen met een zeilschip!', which you could translate like 'on a sailing ship you always have to be prepared to change sails or course if it is needed!'.