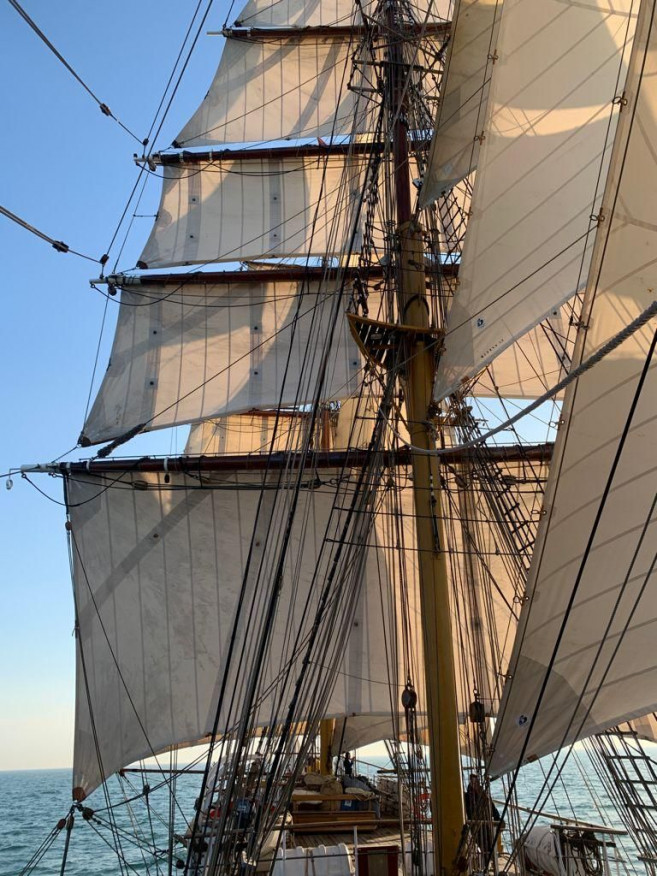 Several cellphones receive messages from their provider: You are in UK now… A few hours later one of the people on board says to me: “It looks like we are having English weather as well.” Some rainstorms in the (not so far) distance are lighted up regularly. We are heading straight into the potentially bad weather and skipper decides that most of the sails should be taken down. Half an hour later the first raindrops hit the decks of Europa where the ropes were cast off of at least half the number of pins. To make the next sixty jobs a bit more attractive a shout goes around: “Coiling Party!!” After the Party is over the decks are clean and the coilers definitely feel warm again.