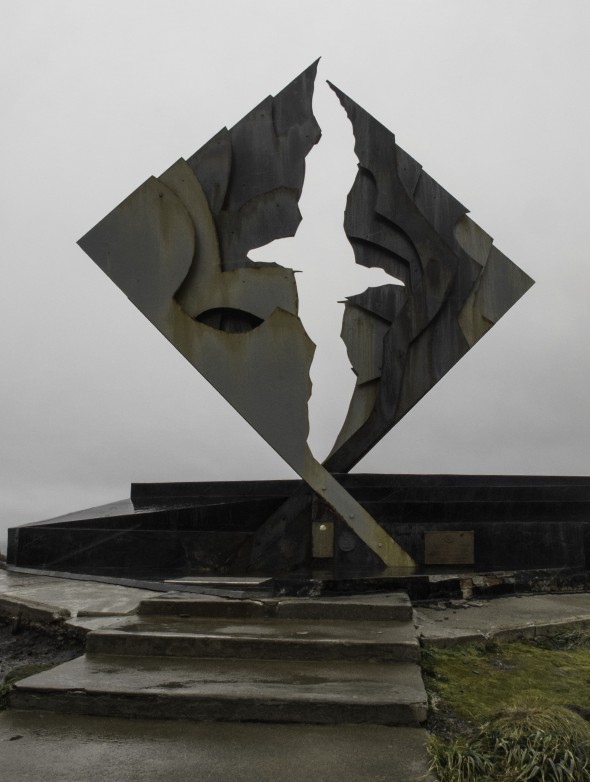 On January 29 in the year 1616, 400 years ago today, Dutch captain Willem Schouten and merchant Jacob Le Maire discovered the waters South of Tierra del Fuego, when they rounded the southernmost of the islands of the Tierra de Fuego archipelago and sailed into the Pacific. They named the prominent cape in honour of their hometown Hoorn: Kaap Hoorn. On her annual trips into the Antarctic, Europa frequents the waters around Kaap Hoorn, Cape Horn or locally: Cabo de Hornos. In a few days, Europa will start on her trip north. Leaving the Antarctic Peninsula behind and setting course for a customary attempt at a close sail-by of Cape Horn. On the way south we have already briefly seen a glimpse of her silhouette in the distance, against the light of the setting sun. This time we will attempt a closer approach to allow everyone to see the southernmost of the great capes. At anchor in Port Lockroy on Wiencke Island, the current crew of the Europa brings out a toast to commemorate 400 hundred years Cape Horn.

We can only imagine such quest back then, carried out by uncompromising and determined men, like the Spanish Victoria ship and its crew: 1520, the first sailors to cross into the Pacific through Tierra del Fuego and to complete the first circumnavigation of the Earth in 1522.