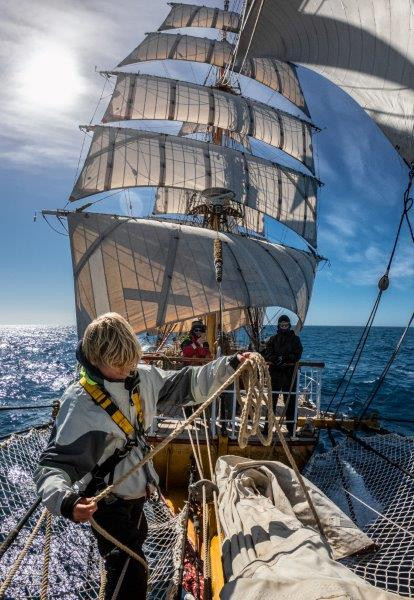 Despite the exploration voyages around the high latitudes of South America led by many entrepreneurs and explorers in the 16th and 17th centuries, including Ferdinand Magellan, Sir Francis Drake, Robert FitzRoy, Schouten and Le Maire, being the firsts sailing trips around the world, the fabled Southern Continent was still to be found or even its existence to be confirmed.

Some of those expeditions have encountered channels North and South of Tierra del Fuego, others confirmed the existence of open waters South of Cape Horn, but none ventured into the cold, icy and unknown waters further South. That was until Captain James Cook, as late as in the mid 18th century, was commissioned by the British Royal Navy to search the meridional waters of the Pacific in search of an hypothetic Southern Continent.

Cook was a British Captain and pioneer cartographer, who commanded countless scientific and exploratory voyages on all the world’s oceans. Most known by his involvement on producing accurate charts of the new lands discovered, and for successfully trying the, by then, newly improved watches and chronometers to calculate the longitude with higher precision than ever before.

On his acclaimed odyssey on the Southern Ocean, he didn’t succeed on finding Antarctica, despite sailing further south than anybody before him and reaching the astonishing latitude of 71º 10’ S on 31st January 1774.

With better hopes to reach the Antarctic shores, Europa sails southbound, relying on our skilled Captain, Mate and crew, the expected good helming from all of us as steersmen, and the modern navigational instruments and charts available nowadays.

By the time James Cook ventured the southern waters of the world, he was actually sailing into the unknown. On his several trips, he sailed thousands of miles along uncharted waters of the world, gradually progressing on his voyages of exploration and discovery. In his search for Antarctica, mapping and surveying areas from New Zealand, Australia, South Georgia, South Sandwich Islands, often deceived to find out some of those features to be islands and not connected to any large southern landmass.

We would have to wait until the end of 1820 for the first sights of Antarctica, and after all that time it happened that almost simultaneously three different expeditions reported land sights in the far South: the Captain of the Imperial Russian Navy von Bellingshausen, a Captain of the Royal Navy Edward Bransfield, and the American sealer Nathaniel Palmer.

Their findings offered new opportunities for exploration and surveying, but at the time, most importantly it represented the opening of new grounds for whalers and sealers, who risked their lives to come down to the rich Antarctic waters to fill their holds with their precious oil and pelts.

With the passing of the years, the human perceptions of Antarctica and its richness had change radically. From being a continent filled up with living resources to exploit, or for personal glory of exploration and discovery, nowadays it has been left as the

ultimate wilderness area in the world. Few venture inland, others spend time on the relatively recently built scientific stations, many visit its shores, in an ever increasing number of modern and large tourist-expedition ships or even catching one of the expensive flights landing there.

Amongst them, the Bark Europa remains still as an unmatched sail training vessel offering a unique Antarctic experience to the ones who join her as crew, permanently or for a single trip. The ship itself and sailing her, steering at her wheel climbing aloft, doing lookouts out at the fore-decks, helping to set or strike sails, all play a crucial role on her trips anywhere in the world, and here in the Southern Ocean we all also collaborate to reach a most dreamt destination for many, Antarctica.

And for that, during the last couple of days lots of effort must be considered, making our watch rotations day and night constantly adapting our sails and braces to the winds of the Drake Passage.

Lucky as we are, this infamous stretch of water has been unusually benevolent and has collaborated with our intentions until now. For us, the Drake Passage offered so far calm seas and fair winds, now and then even not strong enough to allow for sailing, making for the use of our engines as well.

Blowing from variable directions from W-ly to NW-ly and NE-ly, we have spent the day adjusting our rig to keep an appropriate course at an average speed of 4.5kn, enough for making it to our first schedule anchorage in Antarctica. Therefore, today the sailhandling has begun already since last midnight, when the light breeze blow from the NE, making for clewing up the Courses, strike the Staysails and brace squarer, making progress with the help of the engines as well. That lasted until after a gorgeous sunrise welcomed us to the new day, bringing with it a gradually increasing wind. Time for setting again some more sail, starting first with the Fore Course, stretched with its whisker poles to the following winds from the NNW and NW. A couple of hours later conditions became good for adding the Staysails to our sail configuration and stop the engines, making smooth progress once more under sail. Like that we reached lunch and our already traditional meeting with Captain and Guides after the meal, where Klaas informed us about our progress, 123nm during the last 24 hours, all on a good 150º course, pretty straight to our destination, that now lays about 210nm further South.

The afternoon brought better sailing winds, allowing for setting the rest of our canvas, that lasted not to long until the engines had to be helping our progress again.

Sailing our way South, we are approaching the latitudes where the mixing of the temperate water masses from Sub-Antarctic Regions and the colder Antarctic waters occur. From the bridge, each day every four hours weather and water temperature observations are taken, and today the steep change on the surface temperature of the ocean is expected. And indeed, late in the evening it started to drop. From the 5.6ºC of yesterday and 5.2ºC during today, now in quick succession we record temperature lowering to about 4ºC, then 3.6º C and finally late at night we sail on barely above 2ºC waters. At that time the weather started to deteriorate, quite usual when crossing this steep change on the surface water temperature called the Antarctic Convergence Zone or Polar Front. Besides representing a change on the characteristics of the water

masses as they converge around the Antarctic Continent, it also constitutes a biological and important biogeographical boundary, separating different ecosystems north and south of it. Those changes came together with a fair wind, steadily increasing and veering to the NNE, proper to set all the remaining canvas. Braced for Beam-reach on Port Tack and sailing once more, shutting down the engines, hopefully for good this time, as the forecast indicate that the NNE-ly will veer to NE-ly winds and gradually increase.

Before the weather changed to a wet and cold evening, the sunny day and smooth sailing conditions invited many to join the sail training talks, the knot practice on deck, the unfurling, bracing setting and striking of the sails during the many changes along the day. The guides lectures were busy as well, today wrapping up the seabirds of the area, including penguins and flying birds, where we were introduced to their biology, some of their amazing adaptations to the marine life and the different species to encounter during our trip. Then, having a look around us out on deck, some put in practice the lessons learned, photographing and identifying Royal and Wandering albatrosses, the huge Giant petrels and their relatives, the small Wilson storm petrels, flocks of Prions and solitary and elegant Light mantled sooty albatross.