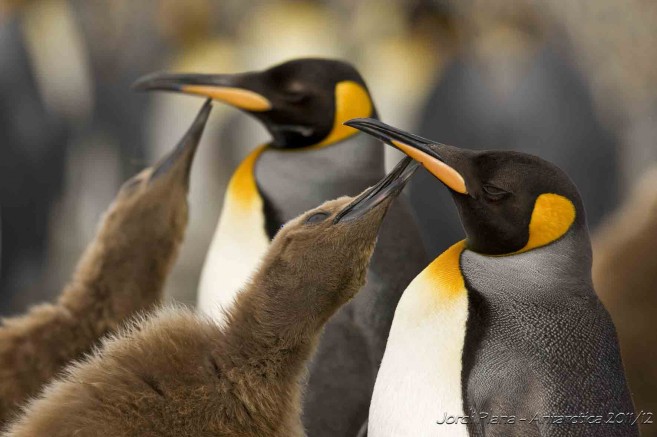 Have you seen any fur seals around recently? King penguins perhaps?

If you didn’t notice, we did arrive to South Georgia four days ago. Seals and penguins are everywhere!! So far, any of us is able to distinguish no less than five different types of penguins, about seven species and subspecies of seals and a number of albatrosses, petrels and other flying birds.

A milestone event occurred yesterday evening - new species of local South Georgian fauna and flora where reported first time ever on deck. Such new species included specimens of dancing gentoo, dancing fur seal and dancing kelp. Although it is still unclear, they were probably attracted by the barbecue party lights and music (and beer) on board.

As this discovery may constitute a major contribution by Europa voyage crew to natural science, we must keep an eye when approaching Antartica shore. May it be the case that we see the first dancing whale soon?