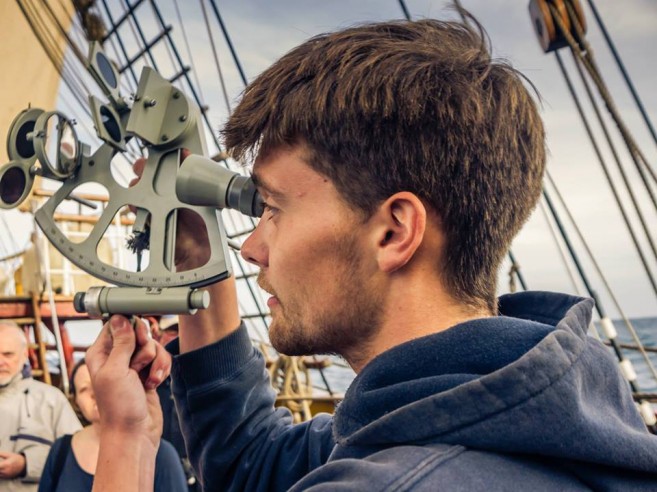 GPS
It has been a few years since I had a sextant in my hand for serious navigation, I mean now it is playing as if there is no GPS, but there was no way to ignore the question. At first I tried to avoid the matter, but after a few  requests from the voyage crew about celestial navigation I had to dig in my hard-disc.

It is funny that reading the set up, it slowly comes to the surface again. So now you know.. yes when the electronic equipment fails we can find our way to Salvador. The only difference is that we take sights when the sun shines and the horizon is straight, but Shackelton and his companions managed to take sights bothered with a mainly overcast sky, sailing in a wobbly  sloop in a choppy Southern Atlantic and do their calculations on a piece of paper, without calculator and trying not to miss South Georgia which was a matter of live or death.

For me the most impressive example of navigation with limited means. But anno 2017: according to the GPS we are now 23-12 North and 037-18 West and I believe it.
Today we picked up Ely winds, also according to the weather map and we are sailing again with a speed of sometimes 7knots, lucky us!