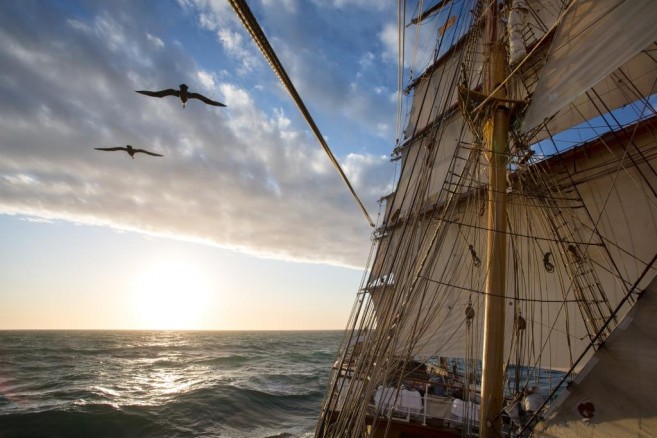 Every few hours the temperature of the seawater is measured on Bark Europa. From the measurements we conclude that now we have arrived in the Gulfstream. The warmth of the tropics, for a not clarified reason, is transported to America and Europe by the ocean. It means also that we are pushed a little sideways to Europe during the crossing of approximately 80 miles.

Mankind could take an example from the ocean and all its currents. Wouldn’t it be nice if we could surrender to a wave of warmth between people? That we would not withdraw from a honest spreading of warmth amongst ourselves. A warm and open attitude towards others is what the world needs now. Then eventually the cold undertow among humans will change for the better.