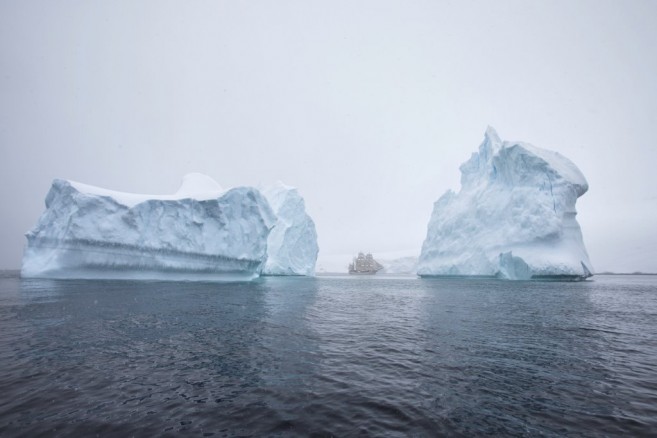 For days we have been sailing now between the ice. After leaving Deception Island more and more ice floes and icebergs appeared around us.

For days we have been sailing now between the ice. After leaving Deception Island more and more ice floes and icebergs appeared around us. We made many landings on snow and ice covered islands where hardy Gentoo penguins had made their nests on exposed rocky outcrops. We anchored in protected bays surrounded by steep darkgrey mountains mostly covered in snow and with huge glaciers sliding into the sea. Although......sometimes not so protected, with the wind whistling down from these mountains surrounding us.

And then we reached the Lemaire Channel, trying to sail through on our way south to the Vernadsky research station.....but the way was blocked, with the strong winds from the north pushing more and more ice into the channel. Trying to find a way around and slowly threading our way between more and more icebergs, the 'Europa' was finally forced to give up and turn around, heading north again. Disappointing of course to be so near our goal, but what a sight, these snow covered mountains and glaciers sometimes glistening in the sun, then again brooding under a grey sky! And so we continue, surrounded by icebergs, mountains, glaciers......what a voyage!