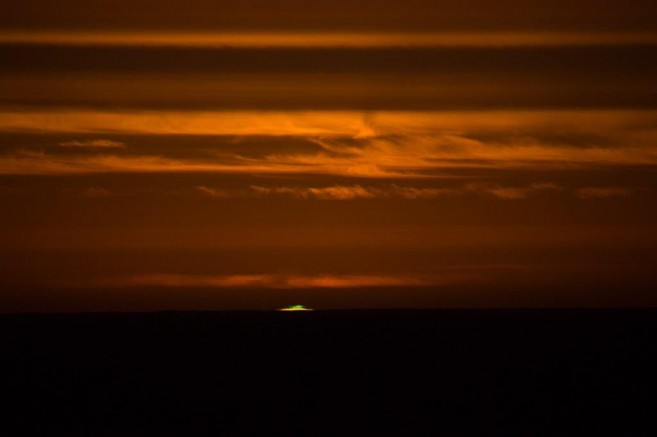 The first hours of the day, while still dark but with the light of the full moon breaking through the high clouds, saw us jibing the ship and slightly adjusting our course to 120º. Setting at the same time a bit more sail (Desmond and outer jib) we keep a speed of about 6 to 7kn. At dawn a couple of big icebergs loom over the horizon, a sight that will become more usual along the day, as we sail keeping a good distance from a handful of other ones. All of different proportions and including some of the so called “tabulars” with their square shape and of a large size floating and becoming visible over the long swell in the light of the clear day. Others are already shaped by the waves and melting after longer time at sea. Soon bergy bits and growlers start being reported by the lookouts. Those are the pieces that fall down from the icebergs, plunging into the water and peppering its leeward seas. Those scattered tabular icebergs that drift out of the embrace of the Weddell Sea, together with the changeable weather, chilly air and water temperature, heavy seas and powerful gales, characterise South Georgia Island. Those features go hand in hand with the large concentration of wildlife that inhabits South Georgia. Together they make the island an untamed and unique place, worth the effort of the long navigation over the rough seas of the South Atlantic we are now about to finish. Several Fur seals spotted along our way and the increasing amount of birdlife together with occasional whale blows in the distance, are good indicators of the close proximity of land. Still on our way through the last miles to reach it, sure will still bring us some more adventures and strenuous watches during our last day at sea. And so it was, already after morning coffee time we strike all
staysails and furl them, with the wind easing but also slowly becoming more N-ly. With this veering wind it didn’t take long until crew climbed aloft to unfurl them once more to keep our speed over 5kn. The changeable wind conditions veering to NE-ly made us join hands for bracing a couple of times, until it was time to start our engines when it began to blow on our nose.
Staysails set, engines roaring and motorsailing the following seas brought us to the magic light at sunset time. Not just we could enjoy a gorgeous closure of the day, but as the sun’s circumference disappeared under the horizon we were gifted with the sight of the rare optical phenomena of the Green Flash. The upper segment of the sun’s disk, which is the last to disappear during sunset, turned emerald-green at the instant of setting. This phenomenon is produced when the last sun rays are refracted as they get scattered on their horizontal passage through the lower atmosphere before reaching the observer’s eye. The shorter wavelengths of the green, violet and blue light suffer greater refraction than the orange and red.
The great dawn promised for a clear starry night, but it didn’t happen this time. The famous weather of this area paid tribute to its bad reputation. Located on the 50ºs latitude in the Southern Ocean and close to the high snowy peaks of the isolated South Georgia, precipitation falls here about 300 days a year. And tonight wasn’t one of the lucky dry ones. As it became dark, so it grew misty and overcast. We didn’t have to wait too long for the pouring rain to fall over our rig and decks, making for wet and cold night-watches while steering the ship, doing the lookouts in the pitch black night or giving a hand to the crew hauling down the flapping staysails. From midnight on we find ourselves motoring against 10 to 16kn of wind, with land that could be almost smelled 35nm away.