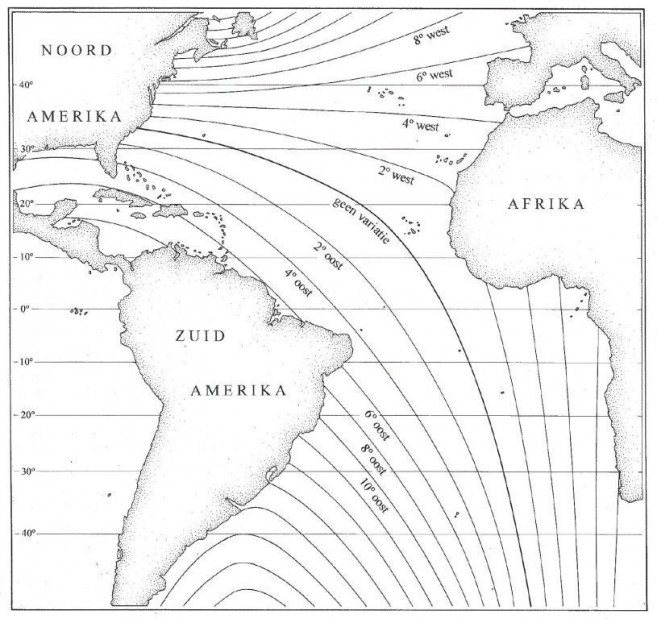 Leaving Brazilian waters and reaching the latitudes of Uruguay. Riding on NE-ly winds and swell with our SW-ly course.

During the early hours the wind finally started backing from E to NE, increasing to 16 knots, while we sail on a 230º course at 6 knots. We are getting to sail downwind, so it became busy on deck for a while, taking away and furling all Staysails and the Gaff topsail. We sail with all our square sails set, with on the head-rig just the Outer jib, and the Spanker on the Mizzen. With these sailing conditions we experience a bit of rolling as the staysails, that could stabilise the ship, are not set because they cannot catch this wind coming from behind and if set, they are just flapping. The Spanker on the Mizzen is the only sail stabilizing the ship a bit against the rolling.

The wind was blowing up to 25 knots from the NE, and we ride on a swell from behind as well. We keep our SW course and our speed increases to 7-9 knots. That keeps us busy on the steering, if we go off course a few degrees the ship’s rolling increases quite a lot, making life on board not so comfortable and the speed drops as well.

In the afternoon there is not a lot of sail handling to be done, allowing us to continue with some of the maintenance projects, crew is always busy and they keep us busy too, besides lookouts and steering, we all help on some galley duties or on deck, today with some rope work.

Having windy conditions, seabirds became more active and abundant around the ship, White chinned petrels are spotted together with Spectacled petrels, a couple of the small but tough Wilson storm petrels, yellow nosed and black browed albatrosses. And in the afternoon a group of Bottle-nosed dolphins pay us a short visit.

Today, as we sail the 34º latitude we are out of Brazilian waters and entering Uruguay, but of course we cannot see any land, sailing at around 200 nm from the coast. Tomorrow we expect similar wind conditions, if so, probably we can keep our speed and pass in front of Río de La Plata, surely we will notice that, as we could find some garbage or organic material from the forests floating around, drifting away at sea from this major South American river.

At least, Schouten and Lemaire noticed it, because they wrote about it in their journals. They were approximately on that latitude 400 years ago, but closer to the coast. For them it was far more difficult to position themselves precisely than nowadays with the Global Positioning Systems (GPS). They could calculate their latitude on a clear day measuring the sun’s height during “Noon”. Calculating their longitude was a different matter. In those day’s they used the lines that indicate the magnetic variation*. They calculated the magnetic variation of the compass as often as possible by taking bearings of the sun during sunrise & sunset. With these bearings they calculated the magnetic variation. They also got the maps with the magnetic variation lines plotted on them, taken from the logs and journals of previous sailors and explorers like Cavendish, Davis and Drake. Correlating these variation lines with landmarks along the coast gave them a rough indication. As we sail these waters now, our magnetic variation is 17º West, but it changes every year a little. So, 400 years ago there variation was 17º East, a difference of 34º from nowadays.

* Magnetic variation is the difference in bearing between the true North and the Magnetic North.