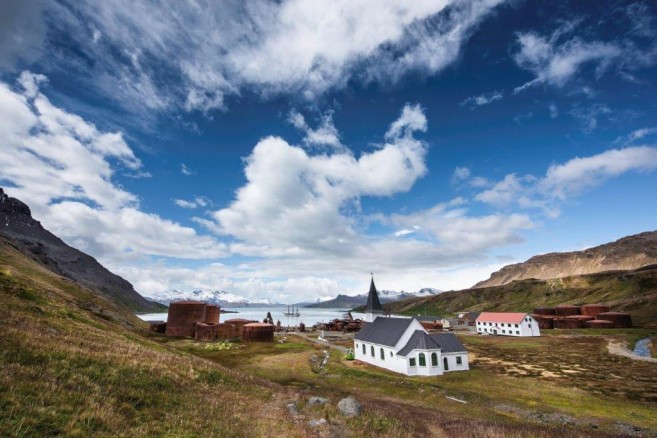 We end the tour close to the post office, gift shop and museum. There is a lot of useful and visual information to be found on life on the island here. As well as a replica of the James Caird, and a stuffed albatross – making us surprisingly aware of how small the first and how enormous the latter is. A good while before dinner everyone starts to long for the ship again, and our zodiacs are called. When we arrive home, it is a quite different pale that welcomes us. A tent has been put out on deck, and in this tent is a true barbecue is taking place. The crew in the galley has been working all day, as usual, but today even more so, to make this braai night happen. It soon becomes clear that the night will be long. Even more so when our visors arrive; many of us spend the evening on deck, chatting with the different researchers from King Edward Point. KEP, also called the 'Capital of South Georgia' – and was started when the first British magistrate arrived in 1909. At the moment KEP is a mixture
of research and politics. This evening, the largest part of the local population is aboard our ship. As we talk through the night the sky clears up completely – overwhelming us with its amount of visible
Southern stars.