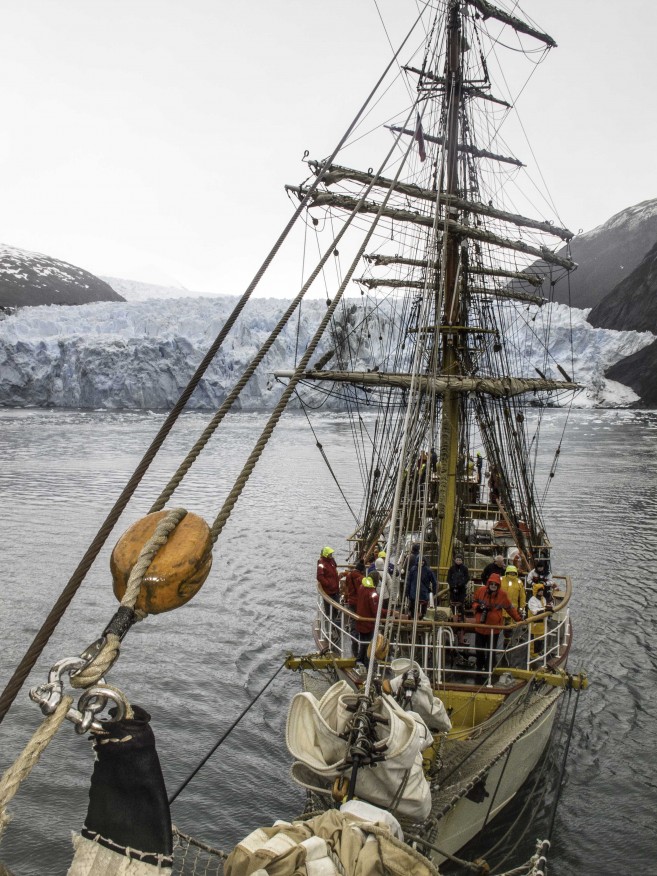 Despite the rainy weather today, we were able to enjoy the view of misty mountains on both sides of the channel.

Despite the rainy weather today, we were able to enjoy the view of misty mountains on both sides of the channel. Preparations for the Drake passage have been also started by setting up the life lines on deck, which will be for our safety and comfort when the sea gets more rough. After breakfast the voyage crew took part in familiarisation to Bark Europa and safety on board.

This was done in the designated watches so that the smaller groups could easily walk through the ship guided by professional crew members. In the afternoon the guide Jordi gave a lecture on Darwin's journey through the Beagle channel. Bark Europa is following the tracks of this historical voyage through Chilean channels.

Also, to start preparing for the offshore sailing part of our voyage, Elliot gave an introduction to the sails and rigging of Bark Europa. After waiting for some calmer weather in the shelter of the channels, at 2100 we started making way towards the Chilean Sea, the opening of the Cockburn channel. This means that soon we will get a taste of the offshore conditions awaiting us!