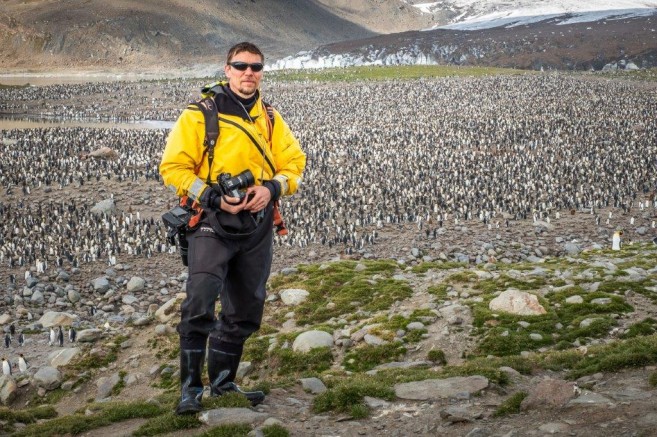 Once, as a young boy I got a present for Christmas. A book. A book about exploration, discovery   and conquest of the remotest places in the world. Be it the highest peaks in Himalayas, deeps of the worlds oceans or cold and inhospitable corners of Arctic and Antarctica. I was totally hooked and I didn’t put the book down until I finished reading. All I knew I wanted to go to same places, see and experience the same things as these explores did.

Being born in Czechoslovakia made the things little more complicated. 18 year of my life I lived behind “Iron Curtain”  and traveling outside the “red zone” was very difficult if not impossible at all for majority of people. After the “Velvet Revolution” in 1989, the doors to the world opened and finally, I had a real chance to see the world. I finished my university, military service and then I had a “normal” life for awhile before I left my country in my early thirties to work overseas. Still a rookie traveler, I slowly started exploring the world. Infected with a traveling bug I realised I only work to save money for my next trip. That what mattered to me. I never understood people who had to own things to be happy. For me the experiences matter much more. So I traveled as much as I could and learned about the world.

Antarctica was always on my destination lists but for the longest time it was out of reach financially. Over the years of dreaming, planning and saving I made the decision to go for it. One day I stumbled upon Bark Europa website and that moment I knew, I have to sail to Antarctica on this ship, whatever the cost is. They say, in your old days when you reflect back on your life, you’ll mostly regret things that you haven’t done rather the ones you did. I didn’t want this to be that case so I signed up and sailed to Antarctica in 2018 as a voyage crew. And the experience was fantastic. So much so that I expressed an interest to work on the ship. Sounds crazy, a guy with from a small town with no experience in sailing and guiding from a country that doesn’t even have a sea. It sounded impossible and many said I can forget about it but I dreamed and hoped. Almost the whole year after my first trip they almost proved me wrong that I actually can make it. Until the first days of January 2019. I have received a message about vacant position of a guide on Europa with an unbelievable question at the end of the message? Would you be interested to join? "Hell yes", I almost screamed at the whole train I was traveling on at the time I received the message. Not even one month passed and I was boarding the ship in Ushuaia. This time as a part of the crew.

It is quite a different experience to be a crew member on Europa as opposed to voyage crew. When at sea, we do sailing, work in the galley, do lectures for the voyage crew. During the landing we do our obvious guiding duties. On top of that we are working on documents, permits, voyage log that will be given to every voyage crew member. These are just few of the duties, the list goes on. The work is hard and long hours but I love it. Even in this moment I am pinching myself, wondering if this is really happening. I am constantly going back to the image of young boy reading that captivating book about exploration and dreaming of having at least a little taste of what that book was about. And here I am, guiding in Antarctica, as crazy as it sounds. The dreams really do come true. Some smart people say there are no impossible goals, only never tried ones.

I am not sure what the future holds for me but I am incredibly grateful that I am able to experience things that most of the people can’t. I may be back next year, I may be not. I do not have an answer now, but I know this trip, this crew, the experience, the laughter and good times stay with me for the rest of my life. If you have opportunity like this, just grab it and don't let go. Never stop dreaming, never stop living.