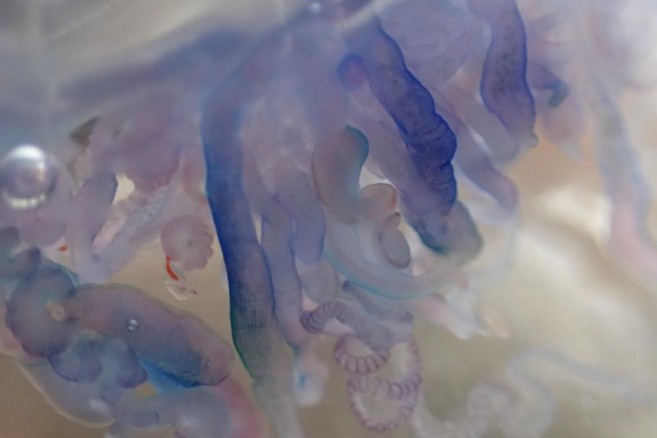 In the last couple of days, we covered many miles due to a good amount of wind. The downside of this is that we weren’t able to take daily samples because of this high wind force. Due to high speed, large waves and the rolling ship, the nets would bounce off the water and would make our samples inaccurate. In a worst-case scenario, it would damage the nets. Fortunately for us, as we are getting closer to the equator, we will enter the intertropical convergence zone (also known as the doldrums). This is a low-pressure area around the equator caused by the severe warming of the atmosphere. The warm air will rise and will travel north and south in the upper atmosphere. It will return to the equator as trade winds, which are the ship at the moment to cross the ocean. However, at the intertropical convergence zone, two trading winds meet and could create an area with very calm or close to disappearing winds. Where this will negatively affect the number of miles we will cover, it will create good scientific sampling opportunities!

During the samples we have been able to conduct, Portuguese Man of War, also known as Blue Bottles, have been common. A Blue Bottle is a colonial jellyfish-like animal which floats along the surface and looks similar to a plastic bottle from a distance. They are made up of different polyps which provide flotation, feeding, reproduction and defense roles. The dactylozooids (the polyps which make up the tentacles and provide defense) can sting and are triggered by chemical or physical stimuli. Despite their electric blue colour and bright purple tentacles, we’ve had some close calls with them. When their tentacles are wrapped around trawl lines for our nets, we have to proceed with caution, but still a few stings have occurred. Fortunately, the experienced permanent crew were quick to provide remedies and now we wear thick rubber gloves at all times as prevention!

A few odd samples have occurred. For example, we’ve had our nets entirely clogged with a thick, translucent jelly. These were salps, a gelatinous plankton which reproduces quickly when ocean phytoplankton densities are high, making them an important carbon sink. For ships however, high salp concentrations can be problematic when they clog water intake systems.

Hopefully, the wind force will drop so more sampling can occur!