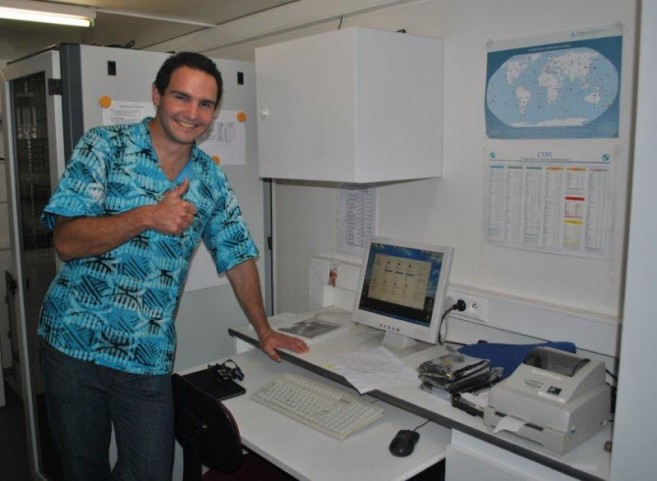 Science has helped us in many occasions to develop and expand our capabilities in our modern society.

It is thanks to science that we can find on the Internet a lot of information about any topic we want. The scope of science is vast and its developments over the course of the last centuries are enormous. However sometimes science, instead of going ahead it seems to go backward, in the wrong direction. Just 50 years ago, a few nations were producing nuclear weapons; weapons which were able to erase one or many cities within seconds. Many of these weapons were tested repeatedly on the Earth's atmosphere, at sea and also in space.

Nevertheless, we learnt that nuclear tests contaminate our world with radioactive fallout. This led to the major scientific committees worldwide, to make an agreement in order to ban this class of tests. Therefore the different nuclear powers of the world agreed to negotiate and dialogue on this matter. The early negotiations were undertaken back in the swinging sixties and were trying to establish a moratorium on atmospheric nuclear tests. It was in 1963 when the Partial Nuclear Test Ban Treaty was signed and ratified by the governments of the Soviet Union, the United Kingdom and the United States. The treaty banned nuclear weapon tests in the atmosphere, in the outer space and under water. However underground nuclear tests could be done (and were done!).

This treaty developed to a wider one, signed until 1996 and called Comprehensive Nuclear-Test-Ban Treaty (CNTBT). In this multilateral treaty, states agree to ban all nuclear explosions in all environments for military or civilian purposes. It was adopted by the United Nations General Assembly on September 10, 1996. Still, the treaty has not entered into full force due to the non-ratification of eight specific states namely, China, Egypt, Iran, Israel, The United States (has signed but not ratified the treaty), India, North Korea and Pakistan. Most of the nuclear countries stopped nuclear tests after signing the treaty and despite the no-ratification of the aforementioned eight states.

However, since 1996, a few (3) nuclear tests have been undertaken. The last 'official' nuclear detonation was organized by France at the Mururoa Atoll (French Polynesia) on January 27, 1996 while the last 'unofficial' test was conducted by North Korea on May 25 2009. All these tests were underground tests. Since the signature of the Comprehensive Nuclear-Test-Ban Treaty the United Nations through its International Atomic Energy Commission established a worldwide network of monitoring stations to enforce and denounce any nuclear test that may take place anywhere in the world. The network is called the International Monitoring System and one of the most complete monitoring stations is based in Tristan da Cunha because it has multiple geophysical sensors as I explain below. This worldwide
network (see map below) consists of a series of instruments recording geophysical data in order to detect any sign of a nuclear explosion. The station at Tristan, is constantly recording three geophysical parameters via an infrasound detector, radionuclide air content and a seismograph.

CNTBT network of stations around the world. The colors represent one type of detector, blue and green are seismographs, yellow stars show the location of water analysis stations, purple diamonds show the location of infrasound stations and red color shows the location of radionuclide detectors around the world. When a nuclear detonation occurs, the high temperature reached by the explosion compresses the air outwards, creating a powerful blast near the site of the explosion. The blast dissipates as it travels away from the centre of the explosion until it cannot longer be heard by human ears, however, the blast can be heard using infrasound detectors. This is one way to detect a blast of any kind in the Earth's atmosphere.

Other natural phenomena can create infrasound waves and a couple of good examples are meteorites and spaceships. The sound blast created by the entry of the Chelyabisnk meteorite on February 2013 was recorded in many stations around the world, and up to date still is one of the largest infrasounds ever recorded. Space capsules can also create infrasound waves during the re-entry on the Earth's atmosphere. The detection of the infrasound waves gives us information about the magnitude of the explosion.

Powerful detonations can create other signatures if they happen close to the Earth's surface. One of them are seismic waves. Most of the nuclear tests conducted have been conducted at low depths or at relatively low altitudes. Therefore, as the blast develops, surface waves will move away from the detonation. These waves can be detected by seismographs and from the data analysis of one station, it is possible to establish the direction in which the explosion happened. This is because a seismograph is not only one instrument but instead, three instruments designed to measure any acceleration in every of the three spatial axis, namely north-south, east-west and up-down. The magnitude of the explosion (also known as yield) can be also established from this information.

Finally, yet another signature that can be detected is the radioactive fallout. Atomic weapons create clouds of radioactive material that mixes with the air in the upper atmosphere. The wind transports these materials across great distances. Therefore a careful analysis of the air using a spectrometer can reveal the presence of radioactive particles. Spectrometers will count the types of atoms in the air and will establish their abundances including any natural and non-natural radioactive atom. Nuclear explosions will produce large numbers ofnon-natural radioactive atoms, therefore if the spectrometer shows detections of this kind, it means that a nuclear explosion has occurred.

The station at Tristan da Cunha has these three detectors which are kept running constantly. Once a day, all the data collected by the instruments is sent via satellite to the headquarters of the commission to enforce the CNTBT located in Vienna, Austria. Thanks to the global network, it is possible to trace many parameters about any big explosion, of any type, anywhere in the world. Moreover, with data from at least three stations located in different places, it is possible to establish the exact location, the yield, the altitude of the explosion, and for the case of a nuclear explosion, it is also possible to establish the nature of the fusion core (for example Uranium or Plutonium).

Since its deployment, the monitoring station at Tristan da Cunha has not detected any signal of nuclear explosions. Instead it helped to detect the infrasound wave created by the crash of the Air France flight AF447 on the sea, helping the rescue parties to narrow down the search area. It also detected the blast from the Chelyabisnk meteorite in 2013. There are plans to operate the station for many more years, to keep a watchful eye on the South Atlantic in order to prevent history on repeating itself.