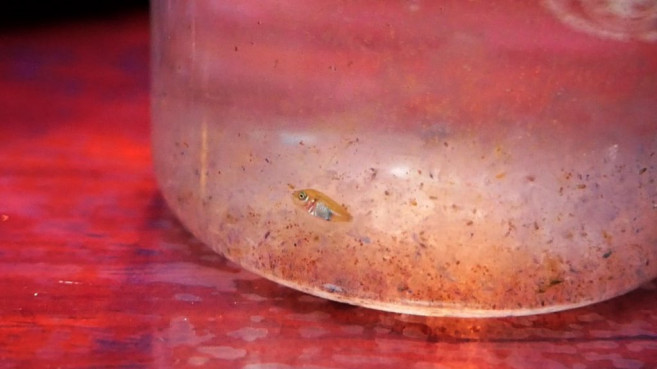 Pushing onward from the Canary Islands, the trade winds picked up making
trawling ever more complicated with the increasing speed of the ship.
With distance to land, the abundance of plankton quickly declined, as
both nutrient levels and the continental shelf dropped after leaving the
Spanish coast. Now, with the open water facing us, jellyfish (Scyphozoa)
and sailors-by-the-wind increase in numbers, whilst other groups such as
arrow worms and various invertebrate larvae become ever more scarce.
Even though planktonic crustaceans such as shrimp still come up in every
trawl, their numbers too are dwindling massively. Being on the third leg
since starting research onboard the bark EUROPA, it will be interesting
to see what changes we observe once leaving our next destination of Capo
Verde, to head out across the Atlantic Ocean.