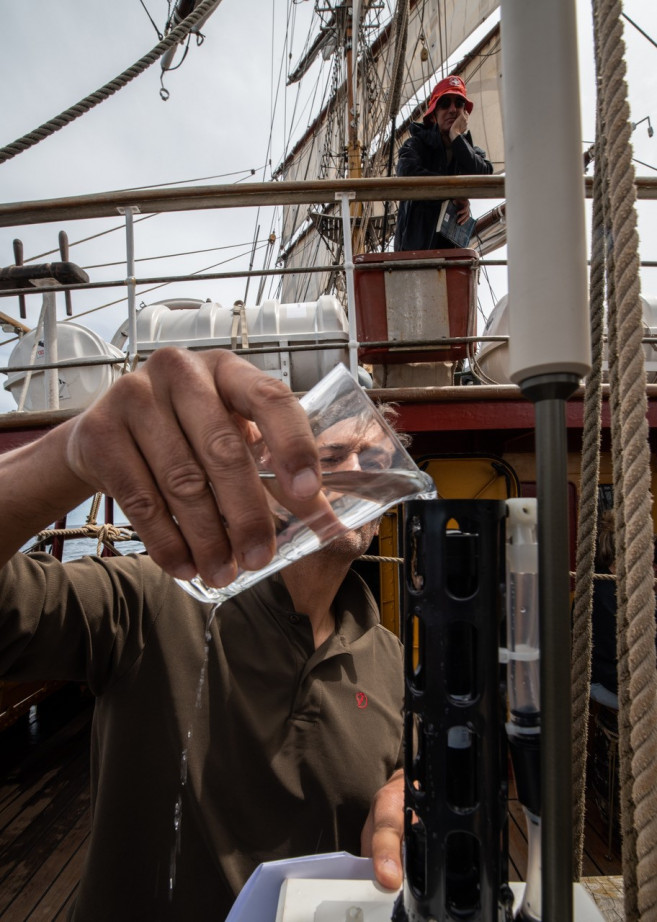 Respect for the oceans plays an important role in the philosophy of EUROPA.

There are various scientific projects on board during this season. One of them is the International Argo program that deploys buoys in the oceans. The automatic buoys measure the temperature, pressure and salinity of the water until a depth of 2 kilometers by letting itself sink until those depths and coming up to the surface again. Once above the water the buoy sends the data through the satellite to the researchers that need the data to research how the ocean is behaving. Important to know is how the ocean currents change and how the temperature of the oceans underneath the surface is acting with the current climate warming.

During the Antarctic season, 11 argo-buoys will be deployed in the Southern Ocean. On the 25th of November the first buoy was deployed in the Atlantic Ocean between Uruguay and South Georgia together with the Bark EUROPA crew and voyage crew. During lectures on board the voyage crew learns a lot about the weather, climate, ozone layer and of course the role of the argo buoys in researching the ocean.