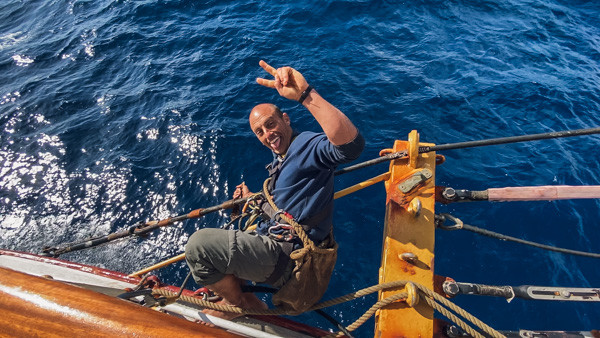 Sailing past Brighton at midday today, the white cliffs of Dover on the horizon, the end of the trip feels closer than ever and the excitement for the Tall Ship Race festival grows louder.

No efforts are spared to make Europa look as shiny as possible before her arrival in Harlingen so every day during noise hours, the sound of the banging of the rust mallets and the grinders resonates in the entire ship.

The deckhands are invested in a never-ending fight with the worst enemy of any metal ship; rust. Corrosion is a quick and aggressive opponent and it usually comes back when you think you’re done with it.

Nevertheless, by the means of an hour of chaotic buzzing and banging every day, the rust disappears bit by bit, replaced by a coat of primer before the final clean white the magnificent Europa deserves.