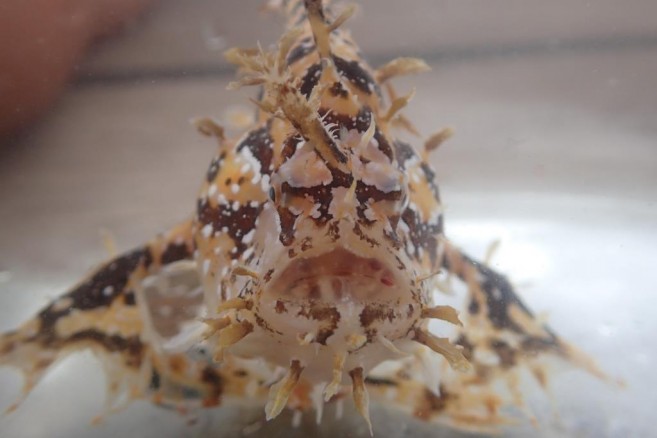 We’ve been trying to catch plankton, but we’ve  found so much other life in our nets too! Aside from Copepods, a plankton which look a lot like blue, white and red microplastics, which dominate our samples, we’re seeing many species of fish and crustaceans!

Shrimp are common. The most common species we’ve been finding is a blue shimp, just a few milimeters in length. It’s bioluminescent, with white patches  of bateria on its back, which give out a blue-green glow at night. Mixed in with these shrimp, we’re seeing deep sea red shrimp. These guys are a bit bigger than their blue cousins and should be found deep below the water’ surface, but come up at night to feed.

We’ve been catching Sargassum Seaweed recently and so Sargassum Crabs are everywhere and they’re aggressive! With powerful little claws, they try their luck at catching shrimp and even fish in our samples. Their back legs form flat paddles so they can swim along the surface of the water to reach other Sargassum mats. We often see them swimming alongside the boat!

It was a big surprise when we started catching Sargassum Frogfish in our nets. Frogfish are bottom dwelling, with arm-like fins which are used to walk along the ground up to 100m below sea level. The Sargassum Frogfish is a specialist which inhabits the Sargassum as it floats on the water’s surface. At first we caught a baby, only about 30mm in length which blended into the seaweed well. We then found an adult female, almost 100mm in length with a much brighter yellow and white colour. The adult even had markings imitating white Spirobid Worms that live on the Sargassum, as well as projections similar to the blades of the Sargassum itself.

As we continue through the Northern Hemisphere, we’re hoping to continue to find unique species in our samples!