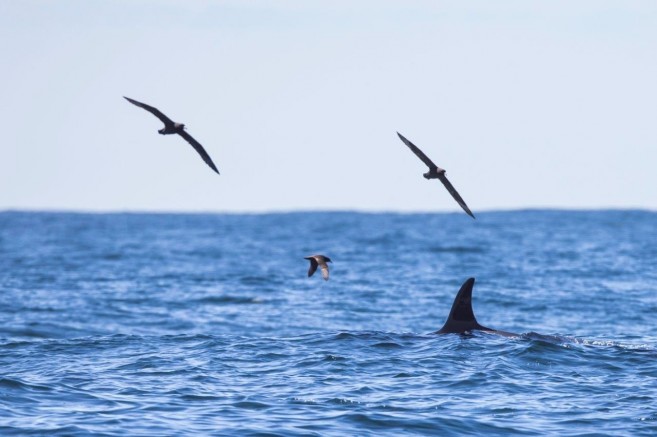 Hello outer world,
Days are getting longer, the toilet paper thinner and the blogs longer. Wine and beer are enjoyed in larger quantities. Maybe there is a correlation; we are several days at sea, Montevideo is far behind us, everybody is used to the swell and we have more time to kill. Reality is going faster than my inspiration as new events occur over and over while my mind is still lingering at sea. We nearly are going on land in South Georgia, actually the landing was just postponed due to the heavy winds. Before at sea, icebergs have been passing in all shapes and largeness. Sea mammals appeared ranging from seals, sea elephants and whales blowing their water out at a long distance from us. On the ship the lost and found department is growing, specifically the lost list is growing, nothing is found until now, everything is scattered around everywhere in the deckhouse. The crew have put all the gloves, caps camera's and other clothing in a big orange basket. We have had more lectures on the history of South Georgia and how to deal with the flora and fauna and how not to introduce invading species on the island.
We vacuumed our gear free of dust, germs, seeds and memories originating from other continents. Any possible rodent population on board is seduced by poisonous baits because they are not welcome on the island. Peeing is not allowed on the island which is a great worry for me and maybe other older men, possibly the water bottle will save me from returning to the ship once on the island..
All of us turned in experts being aware of the impact of every step we set on South Georgia's ground. Looking forward to landing on the rocky, snowy, windy and promising site of South Georgia..