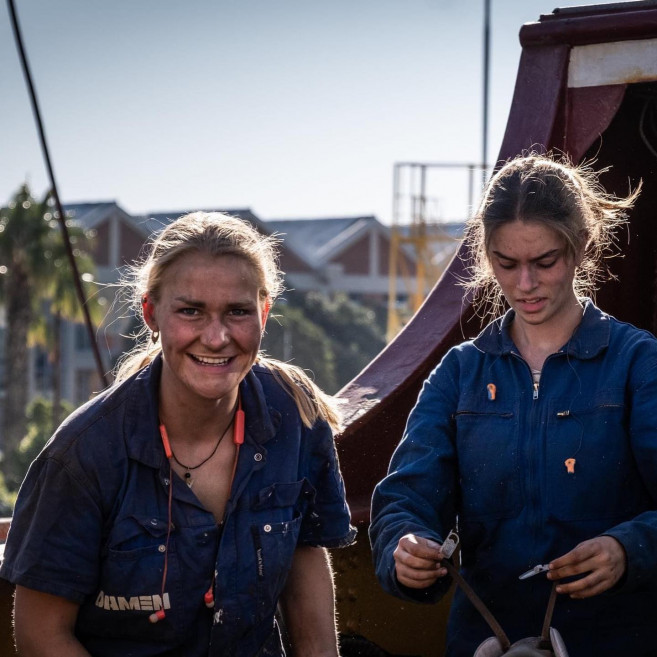 After a successful voyage across the South Atlantic that started about a couple of months ago, Antarctica, South Georgia and the rough seas around them all the way to South Africa, now lie behind us.

Sailing and visiting remote areas in the Southern edge of the world and its oceans gave way to a dry docking period in Cape Town. Now the the roar of the latitudes above the 40’s has become the roar of a hectic shipyard and the traffic of a busy city.

The sounds of sea ice and growlers as the ship make way though the icy Antarctic waters are now the hammering of rust-busting her shell and bulkheads.

The pristine air of remote lands faraway south is been replaced by the air filtered by our protective masks in a dusty environment. The Penguin stench now is the smell of paint, primers and grind steel.

Not so long ago swells were smashing agains Zeus and Europa as our figurehead, now local shipyard hands caress her curves, cleaning and painting the hull around them.
In about three weeks of shipyard, Europa’s facelift done, plans are too set sail again, this time northwards towards Netherlands, paying a visit to several of the Atlantic Islands on her way.