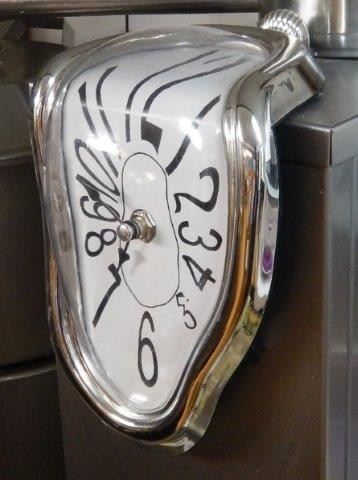 So let us recapitulate this bit for a second. Antarctica. The name itself already has something surreal, magical, even slightly science fiction if you ask me. But how could this be surreal?

At the moment of writing we are somewhere in the Scotia Sea, around 500 miles away from South Georgia. We left the Antarctic Peninsula 5 days ago which means that the Antarctica adventure of this trip is over. Well, technically we are still in the zone of the Antarctic Convergence but let’s neglect this fact for a moment. For me Antarctica was the part
of the trip I was looking most forward to do, despite everybody saying South Georgia is even more beautiful.

So let us recapitulate this bit for a second. Antarctica. The name itself already has something surreal, magical, even slightly science fiction if you ask me. But how could this be surreal? I didn’t see Dali or any of his melting clocks here (although I think I saw one in the galley, seriously!). But what I did see were many things beyond my expectations. Sure I knew I would see some penguins and seals, but I never expected I would be so close to them that we could basically shake hands (if penguins would have hands) and start a conversation (if they could speak English). I find the penguins the most beautiful and disgusting birds at the same time. I have never seen such a beautiful fur so black and white and faeces smelling so bad at the same time. I have never smiled so hard when they are walking around me, but I find it disgusting when I see them feeding their chicks by throwing up. During the last sailing days, some voyage crew members were imitating this behavior but that might rather have something to do with the motion of the ocean than our feeding behavior. And although I am four times the size of the average Chinstrap penguin, I felt quite small when I was standing in the middle of the largest colony in the world (around 120.000 individuals). This is why Antarctica is surreal to me.

Then there are the seals. When you think penguins are cute and funny, seals are hilarious. They are spread over on the beach holding somewhat of an equal distance to each other like a family of hedgehogs holding each other warm during winter. If you, human or penguin, step one foot in their territory, they growl and run towards you to intimidate you and scare you away. They did not intimidate nor scare me, instead they made me laugh. When a seal is intimidating you, or trying very hard at least, it would run up to you until 1,5 meters and then suddenly stop to look at you like it is saying; could you go away…please? Then they look at you for a couple of seconds and when they see that you are twice their height, they would eventually drip off like a dog with its tail between its legs making a kind of puppy sound with every step they take. Between all this comedy of penguins and seals, there were so many others like skua’s and petrels but they all had one thing in common; nobody seemed to be scared or affected by our visit. Even the smallest birds came within arm’s length. On every other continent I have been so far, every species of wildlife runs for its life when a human being comes near.

This is why Antarctica is surreal to me.

Antarctica is the continent of the coldest and the biggest. I will never experience the coldest, but we met some people who will; the Argentinians who live at the Esperanza base on the Antarctic Peninsula through the winter. The base commander told me that it can easily get -60 degrees Celsius during a winter storm. I rather sleep in my freezer for one night. And that would even be warmer than staying on Antarctica during the winter. In 7 days we did 10 landings on and around the Antarctic Peninsula. During these landings, we heard glaciers breaking in a distance, we even walked on them. We cruised with the zodiacs between icebergs so blue they could have been populated by smurfs. We walked on what was once a super-volcano that collapsed from the inside out during thousands of years. On one evening, we even went swimming (well, rather bathing) in Antarctica! How crazy sounds that?? There was the thermal heating from the volcano which prevented us from freezing but it sounds more spectacular if you don’t tell people that. Or you could also tell people that you went swimming in a volcano, that also sounds pretty absurd but it is nothing more than true. This is why Antarctica is surreal to me.

And there are yet more miracles to see, impossible to describe how amazing they were. On the Weddell Sea we were navigating through pack-ice and icebergs towards the biggest of them all. It was so big that it took half of the horizon so it was quite hard not to see it. Try to imagine a tabular iceberg, which broke off from an even bigger ice-berg and drifted several thousand kilometers for 15 years. We spent the night right next to a tabular ice-berg which was 11 miles long, 2 miles wide, and around 400 meters thick. You can do the math how many liters of water that is. Leaving this giant brought us towards some other giants thanks to the eagle eyes of one of our voyage crew friends.

I have always dreamt of seeing them, but I never thought one would cometo the surface only meters away from me; the humpback whale. One cannot understand how big these mammals are, it was one third of the ship! And to make it even better, two orcas of a flock further away came full speed towards the Europa, wondering if it could be their next dinner but unfortunately for them the Europa was too big and too much metal so they joined the rest of the flock chasing seals again. Never in my life have I been more amazed than when I watched this spectacle. This is only possible in Antarctica. And that is the only conclusion I have; Antarctica is so amazing that it is surreal, as surreal as the melting clock in the galley of the Europa. Oh no wait, that one actually is real…

Thank you for the nice feedback. If you want to read more about my travels and my Europa-experience, check out my blog :) http://www.intotheworld2015.com

Thanks, Bert. Your description of the penguins and seals entertains and informs me. I have always backed away from the barking seals. Next time, I hold my ground, thanks to you.

Thank you Bert for your wonderful log. It was inspiring reading. Makes me want to go there!