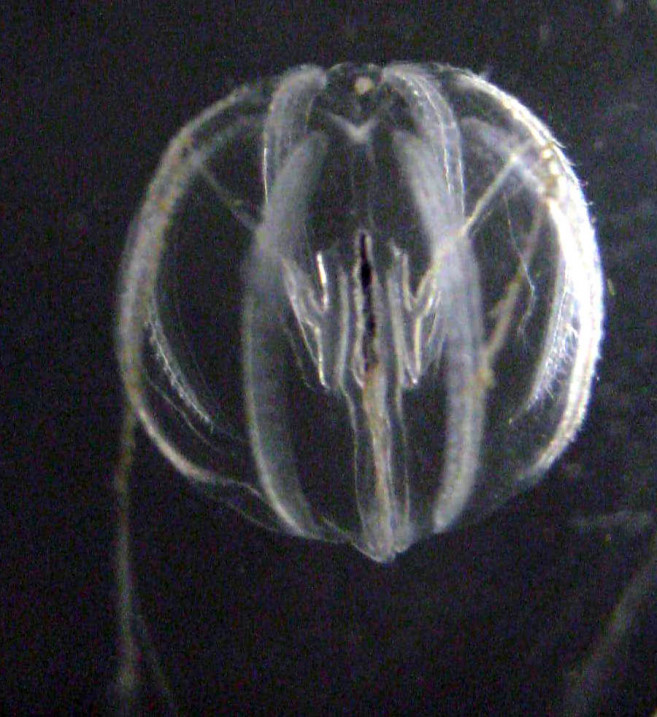 After ten days at sea and a rough start in the English Channel, the scientific research is well underway! With the manta trawl and regular plankton trawl alternating on surveys each day, a diverse mix of zooplankton (planktonic animals) has already been hauled up since the start of the voyage. Crustaceans, arrow worms, jellyfish, hydrozoans and fish fry were all brought up on various days, with an especially interesting trawl on the fifth day, which had swept through a huge bloom of sea gooseberries in the English Channel. Outside of trawls, short-beaked common dolphins and minke whales were spotted on several occasions, with the dolphins sometimes swimming alongside the ship for hours on end, to the joy of the voyage crew. Now, after a short break in the Portuguese port of Cascais, the Bark EUROPA quietly sails on into the sunny south.

Great project Fred! It was nice to see you work on what truly can be called "wet lab science". The countless and diverse creatures thriving in the ocean are truly inspiring and I enjoyed your talk on board of the Bark somewhere between Sevilla and Santa Cruz. Good luck with your work and enjoy the rest of the aventure! Frans