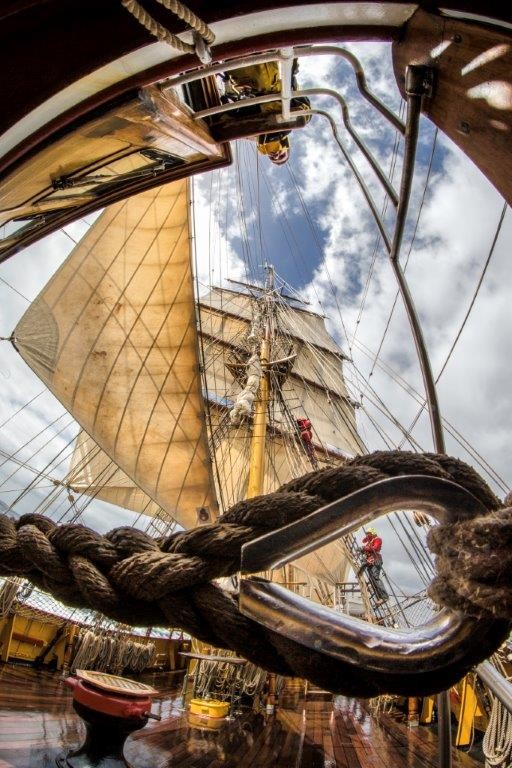 Four weeks into our voyage and we go ashore at Fortuna Bay, in South Georgia. Others will tell of its beauty – I have a stranger story to tell, one of a spectre and a century in time.

Here we joined the final few miles of  Shackleton’s epic slog. He, Worsley and the rock that was Tom Crean had crossed the island from its Western coast, descended from the mountains, ice, and deep crevasses in the interior in the hope of reaching Stromness where the nearest help lay at the end of their incredible journey. But they were out by just a few miles and one more effort  was required.  They were certainly close to death as their story began its conclusion. A final chapter, which today we were trying to make sense of.  How they summoned yet more stamina is hard to fathom. Months on the ice in the Weddell Sea after their ship was crushed, the battle to reach that frozen refuge at Elephant Island, then Shackleton and five made the most dangerous boat trip imaginable to reach South Georgia. Shackleton, Worsley and Crean, ill-equipped and weak, crossing an uncharted mountain chain of a frozen, fierce world, and now finally a handful more miles to fight to the finish.

Both Shackleton and his navigator, Worsley, experienced a strange phenomenon. Perhaps a near death experience where they both imagined there was a fourth man accompanying them across the mountains. Perhaps a Guardian Angel.  An unknown companion, assisting them, accompanying them just beyond the senses, just beyond reality. Crean, years later, admitted the same feelings.

We reached the top of the col that leads to Stromness and I was following a trio of our crew across a snow field, maybe 20 metres behind them, and others further away. The snow had formed a crust so each step I either stayed on top or broke through into the soft morass beneath. Breathing hard. A minor slog. I looked up and saw my three Europa shipmates ahead…and suddenly, shockingly, the three were those brave voyagers of 100 years ago. I gasped. For a brief moment I too was back there with them. I had fallen through the crust of snowy time, to be there, a few yards behind them. It was me.  I was the fourth man, shadowing their final steps, a ghost.

But maybe it was all of us, paying our respects by walking alongside these epic heroes, supporting them on the final lap. Encouraging them in the final few miles, patting them on the back, willing them to take just a few more steps. We cheered when Stromness came into sight, the emotion real, the thrill certain. Perhaps they heard us, then, from now.

Perhaps it was the other way around, and our collective passion brought these long dead men, into our time, into our place. Maybe it is they, not us, that are the spectres. Reality is a little skewed in these Southern latitudes. Never mind. Having trodden their path, we are closer to understanding these men than the century in time suggests, and that is enough, and an achievement in itself for us.

Sounds like you were time travelling and making a connection with those spirits of the past! Pretty exciting. Stay warm and dry! Thanks for sharing your stories