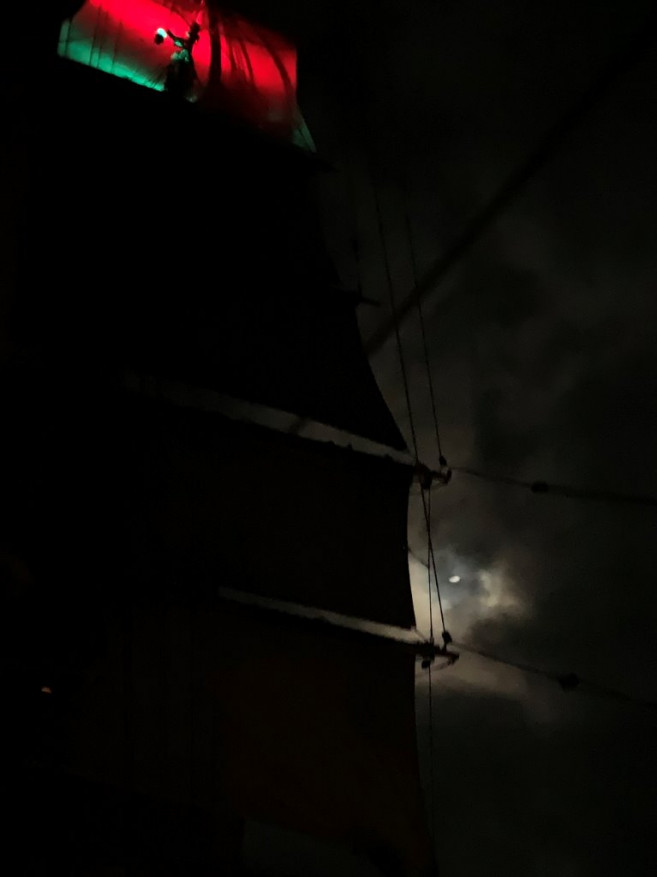 It's been already 5 days since we left Tenerife. While we were preparing
the departure all of a sudden the wind picked up from the NE so we could
sail the Europa without the use of engines out of the port. Till now we
did not have to use the engines and looking at the forecast it will stay
like that.
Tonight is the first calm night we have. Especially the three days after
leaving Tenerife the trade winds were powerful. Sometimes even up to 34
knots. The sailing circumstances were not always easy for the new voyage
crew to steer in. The wind and wave combination made Europa roll a lot
and steering by compass was a challenge. The challenge got bigger as
soon as it got dark. The trick of steering by compass, in day or night
time, is to not only focus on the compass itself. Take a point at the
horizon or sky to steer by works way easier. Of course in the daytime
that is less complicated then in a very dark night.
Lucky as we are the new moon started to wax since we left Tenerife and
at present moment she lights the sky for a big part of the night. Gently
rolling and accompanied by the moon we are sailing on into the direction
of Sal.