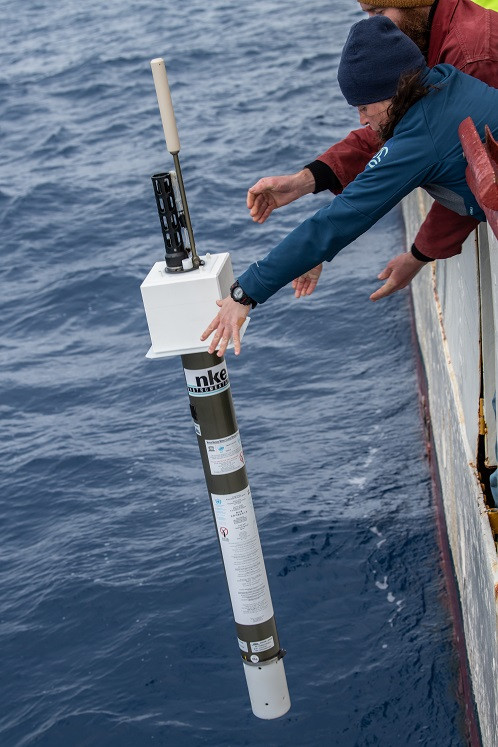 Square, Beam Reach, Close Hauled; change to Port Tack and back again all the way around, now Starboard tack; Hove-to; bring the ship around with the wind to change course Wearing ship twice. Adjust yards and sails to the backing and veering winds; new headings; set Try sail in the Mizzen and Gaff Top sail for a while to ease down the steering… keep on sailing.

Often a wind shift, a passing low pressure, dark clouds in the horizon telling about a weather change. To continue sailing a change of course is required and after manoeuvring, the ship doesn’t point anymore to where it was planned ahead to reach a goal. Now it is the trust in the forecast of winds turning around again that keep the progress under sail at the whim of the wind’s gods. Some, experienced on sailing, know the tricks and turns necessary to reach a destination planned in advance, for others less versed on nautical affairs, it may not make much sense some of the headings and courses to take. Variable and changing winds make of days like today for the sailing strategy to take over just keeping on direct course towards a desired objective on steady conditions.

Aeolus, Greek God keeper of the winds shared his today’s volatile mood with us. Subjected to him, some of the minor Gods Anemoi were unleashed. While we wait and long for a fair Zephyrus to come up with some Westerly, a quiet Notus woke up in the morning, blowing light breeze from a Southerly direction, sooting down Poseidon swells and allowing for calm seas and weather. But things started to change when he passed the baton to the temperamental Boreas, who gradually stared blowing harder from the North. Joining forces with Eurus from the East, they didn’t want us to forget why the latitudes we are sailing are called “the Furious 50s”. They started rushing Northeasterly winds over us, infuriating the so far moderate seas and growing larger swells. Hours pass by, wind veered to a strong Easterly and the waves crash over the Main deck while Europa heels to Port side. Snow and sleet drift on the strong winds over the decks.

Some of the sails start to be doused and packed, both due to the hard gusts and to keep a steady progress, but not at full speed on a NNW direction, while South Georgia lays at the North east.

Before the weather drastically changed, still under the calm seas and light winds, it was the suitable occasion for continuing with the deployment of ARGO floats the we have been carrying on board during the season.

For the last years, the Europa is happy to host some scientific projects aboard, working as a research platform on some of her oceanic wanderings. After a successful work with plankton and micro-plastics trawls along the tropics, now its time to facilitate oceanographic data gathering. The so called ARGO floats are in charge to collect as much data as they can of the deep ocean, and then to send them back to the climate and operational oceanography scientists. For that, once activated and at sea, the instrument dives to a pre-programmed depth, drift with the currents and when ascending to surface again, measures the pressure, temperature and salinity profiles. Before getting back down to the oceanic depths once more, it transmits this information to the satellites. This full cycle it can be performed about 250 before running out of battery.

The precious data collected is used for instance to understand the ocean’s physical processes, its currents and their variations, forecast ocean climate variability and ultimately to predict climate change.

For sure inhabitants of these seas like the Strap toothed whales (Mesoplodon layardii) that payed us a visit today while we drifted calmly in light winds, somehow sense and know those same characteristics of their environment, while we need pieces of advanced technology to even have a short glimpse at what’s going on under the surface waters. They move with the ocean flows, live and migrate on certain ranges of water temperature and salinity, they dive deep into the abyss in search of their nourishment. Tough widespread in the southern ocean, is rare to have a good sighting of them. As often with beaked whales, they are usually shy on boats.